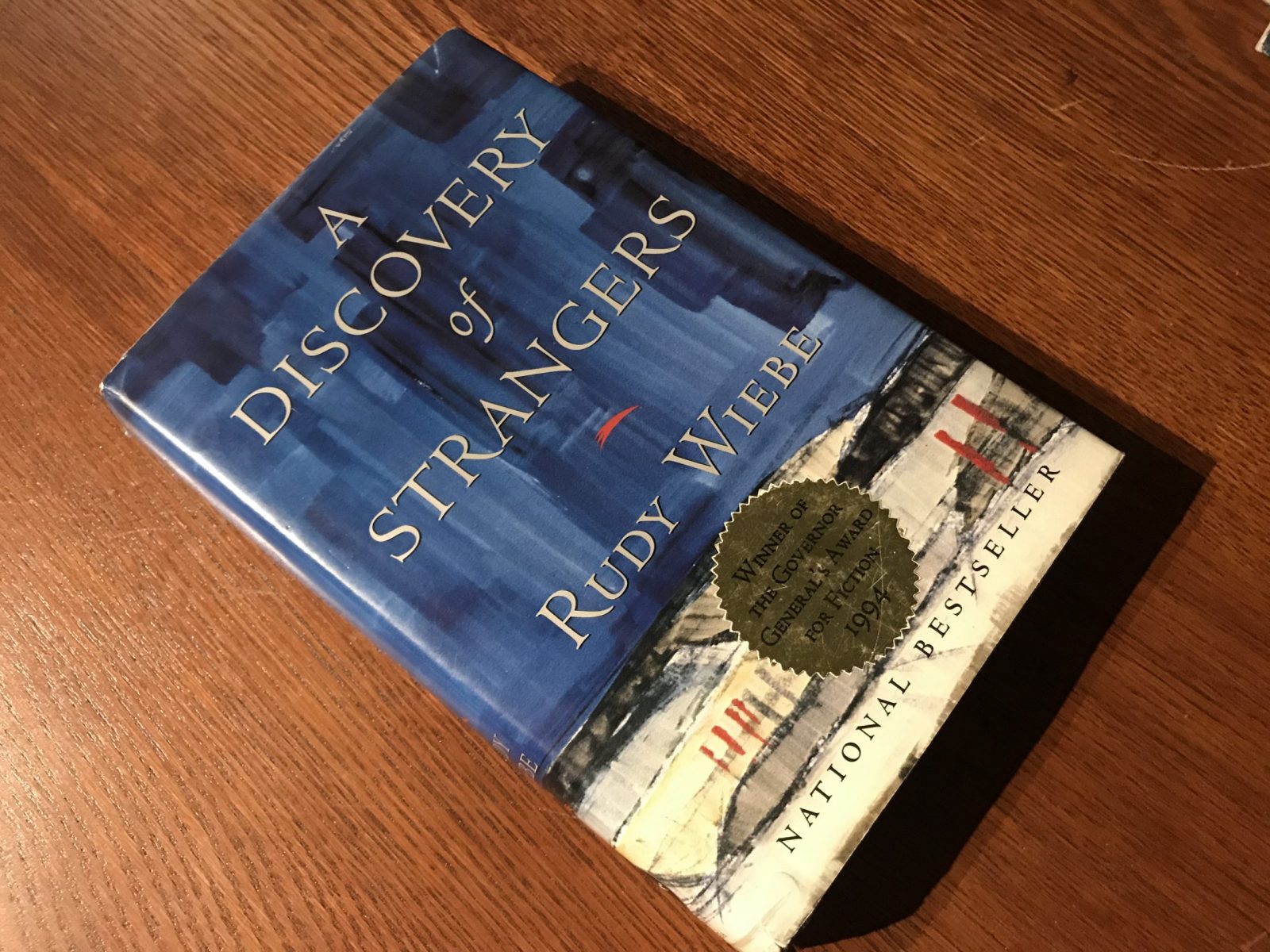 Rudy Wiebe won the 1994 Governor General’s Award for the complex and compelling account of the first Overland Expedition. Perhaps the only novel length treatment of the events of 1820 and 1821, Wiebe’s weaves a poetic narrative that pushes the British officers to the background in favour of the Indigenous characters, their world view, and the land itself. In this way, dream-like and empathic storytelling of historical events compares favourably to the works of Gabriel García Márquez.

Wiebe makes Greenstockings the main protagonist, and much of the story is presented from her and her family’s perspective. Her love affair with the gentle and sickly Hood serves to highlight the boorishness of the other officers especially George Back who come to represent harbingers of doom for the Tetsǫ́t’ıné. This latter realization gives the book a heavy melancholic feeling, particularly with the epilogue describing the near destruction of Greenstockings’ people as detailed by Back and Richardson on subsequent voyages to the area.

While Wiebe grew up in Saskatchewan in a German Mennonite community, Wiebe previously won a Governor General’s Award in 1973 for The Temptations of Big Bear, and brings his immense sensitivity to the land and people of the Prairies to the Tetsǫ́t’ıné. I wish I had read the book when I first arrived in Yellowknife over twelve years ago.

You can order the book from several online retailers via its publisher, Penguin Random House, or directly through the Yellowknife Book Cellar.