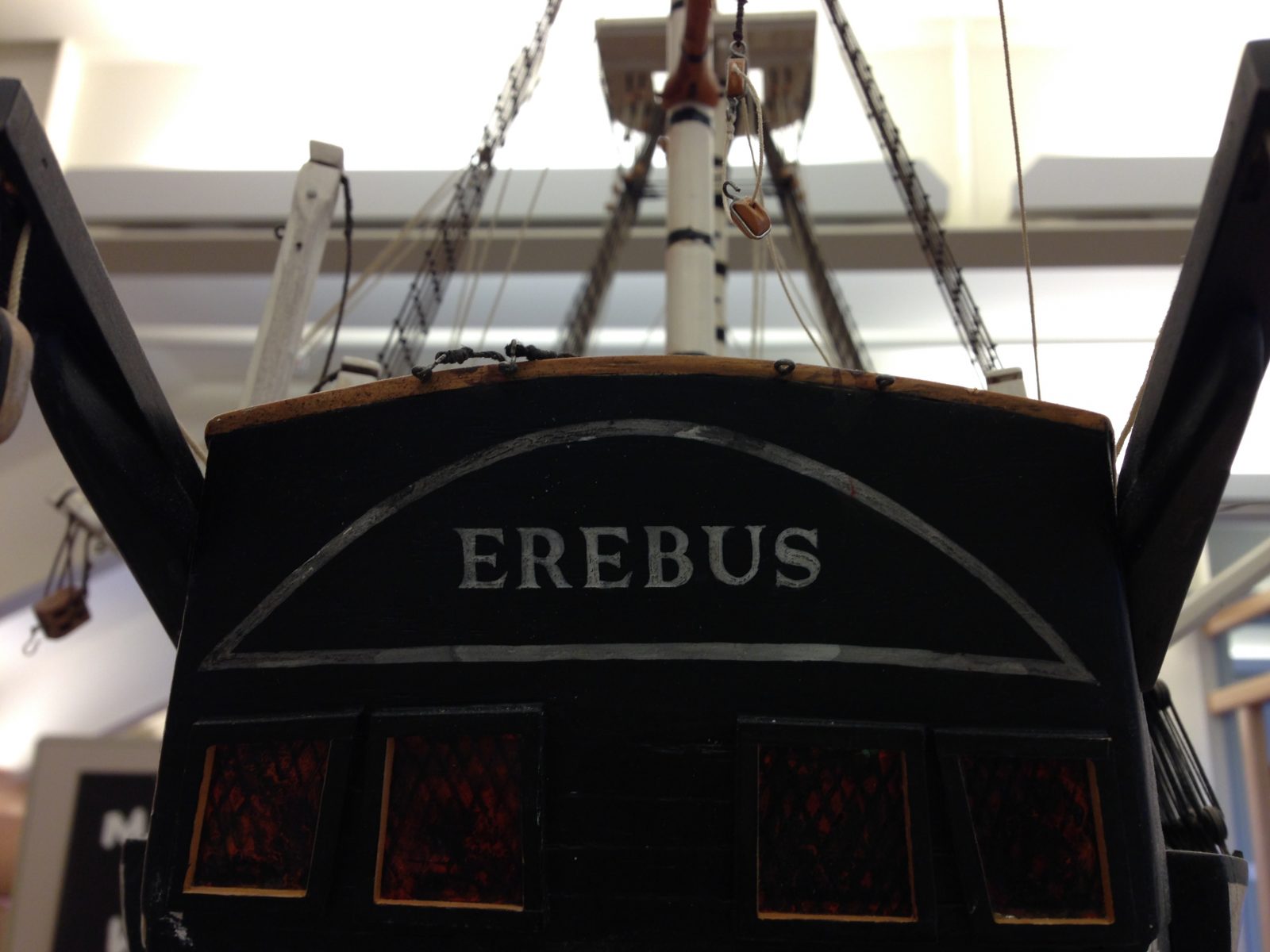 On September 2, 2014, Parks Canada announced that it had definitively found one of the Franklin expedition ships in Wilmot and Crampton Bay, far south of where the ships were supposedly abandoned in 1848. A month later, the shipwreck was determined to be the HMS Erebus, Franklin’s own ship.

At the time, the Prince of Wales Northern Heritage Centre was preparing to transfer its Nunavut holdings to the Government of Nunavut, as its 15-year arrangement to manage and preserve Nunavut artifacts was finally coming to an end. A beautiful model of the Erebus that had once graced the PWNHC’s galleries as late as 2002, was one of those items that were slated to go. However, I was fortunate to have seen it behind the scenes for one last time.