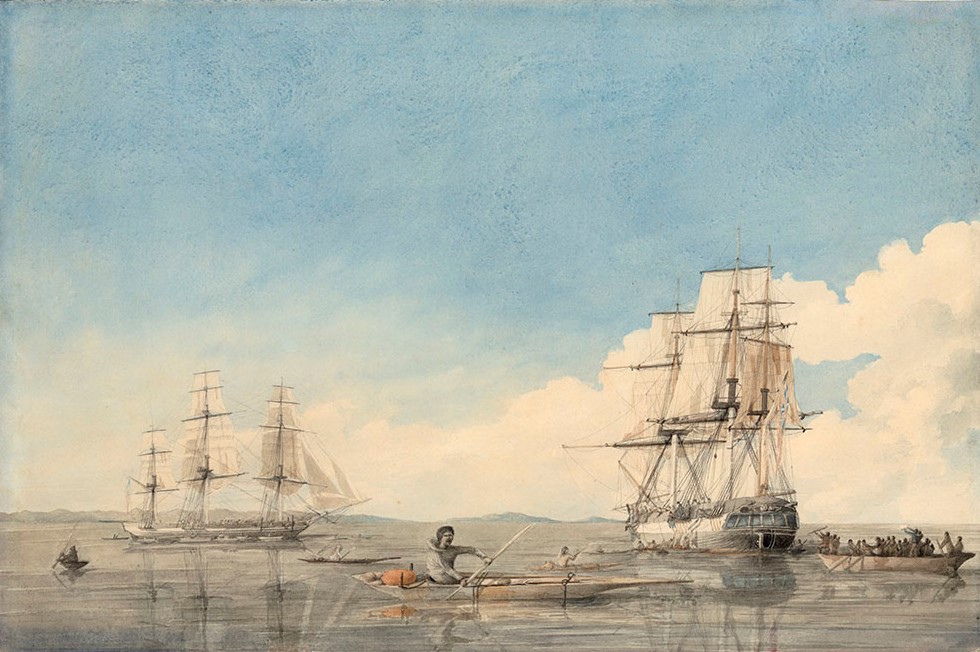 Launched in 1793, the HBC ship Prince of Wales ferried Franklin and his party from Gravesend, England to York Factory on Hudson’s Bay in 1819. In a dark historical coincidence, the Prince of Wales was also the last ship to have encountered the HMS Erebus and Terror before they sailed west to their icy doom in 1845. Having been sold by the HBC to whalers, the ship soon after met its own end in a shipwreck in 1849.

In 1979, HRH Prince Charles opened the territorial museum in Yellowknife which bore his title, the Prince of Wales Northern Heritage Centre. However, there is a compelling case that the museum was also named after, or at least connected thematically to the HBC ship, given that the commissioner at the time and champion of the museum, the late Stuart Hodgson, was a Franklin enthusiast himself. Prince of Wales’ Fort on Hudson’s Bay, the starting point for Samuel Hearne‘s journey to the Coppermine a generation before Franklin, may have also figured prominently in his thinking.

A legendary figure in Northwest Territories’ history, Hodgson served as commissioner during the pivotal years between 1967 and 1979 when Yellowknife became the capital, the government moved north from Ottawa, the Arctic Winter Games were initiated, the centenary anniversary of the territory was celebrated, and the museum completed. During this era of rapid development, Hodgson headed up the Franklin Probe Society, which sponsored expeditions to collect and preserve relics from Franklin’s lost voyage. Like so many before him, Hodgson personally searched for John Franklin’s grave and visited many of the sites associated with Franklin. Correspondence and photo documentation of the activities of the Society can be found in the NWT Archives.