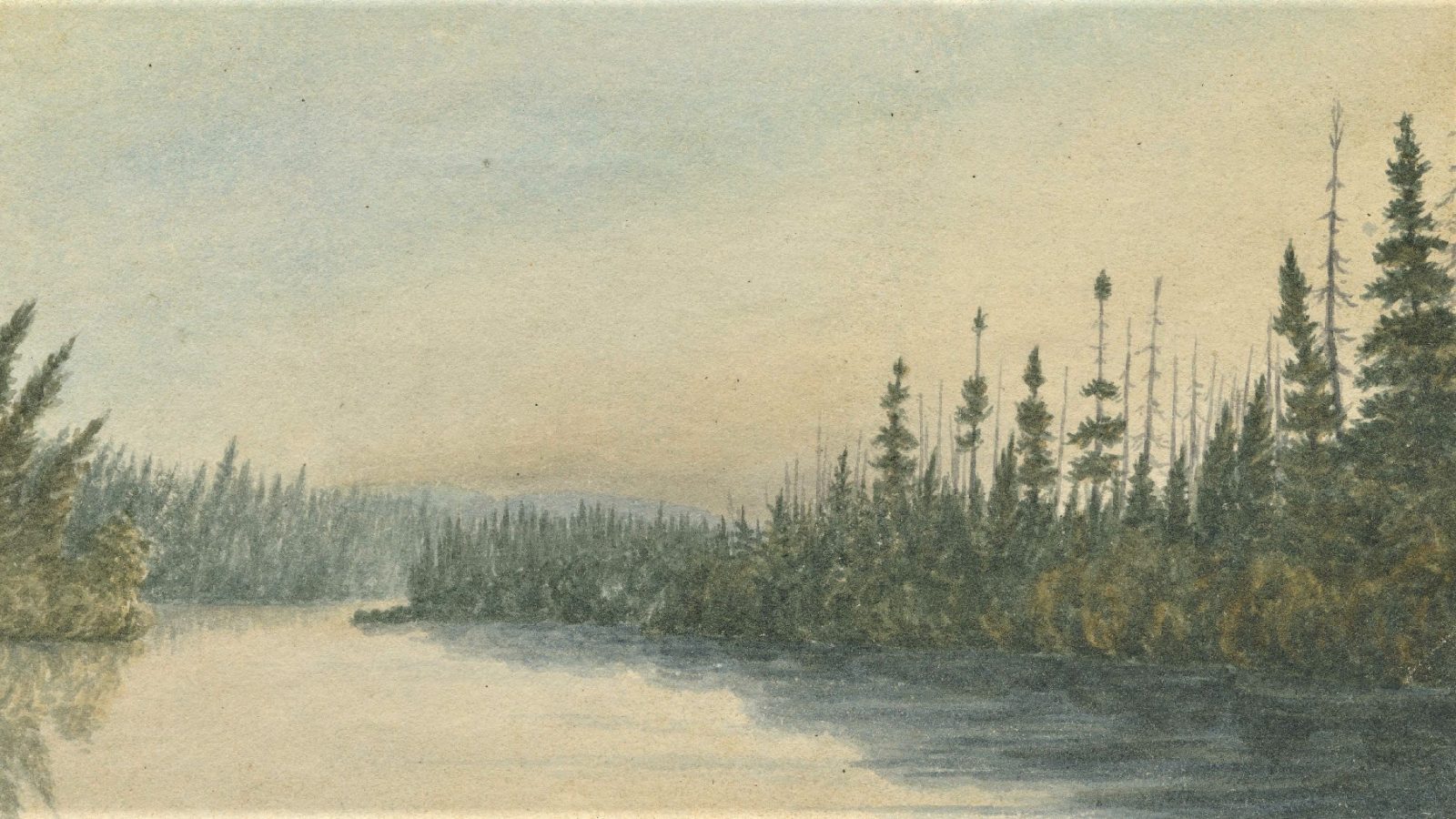 In the early hours of August 3, 1820, Franklin’s party set out from (Old) Fort Providence for the Yellowknife River on their way to the Coppermine. They would pass by what is now the city of Yellowknife. Lt. George Back would sketch a site near what is now the bridge, and Lt. Robert Hood would sketch a scene on Prosperous Lake, where the party was accompanied by Akaitcho’s flotilla of canoes.

August 3.—We embarked at three A.M. and proceeded to the entrance of the Yellow-Knife River of the traders, which is called by the natives Beg-ho-lo-dessy; or, River of the Toothless Fish. We found Akaitcho, and the hunters with their families, encamped here. There were also several other Indians of his tribe, who intended to accompany us some distance into the interior. This party was quickly in motion after our arrival, and we were soon surrounded by a fleet of seventeen Indian canoes. In company with them we paddled up the river, which is one hundred and fifty yards wide, and, in an hour, came to a cascade of five feet, where we were compelled to make a portage of one hundred and fifty-eight yards. We next crossed a dilatation of the river, about six miles in length, upon which the name of Lake Prosperous was bestowed. Its shores, though scantily supplied with wood, are very picturesque.

Header photo: Sketch of Yellowknife River by George Back.