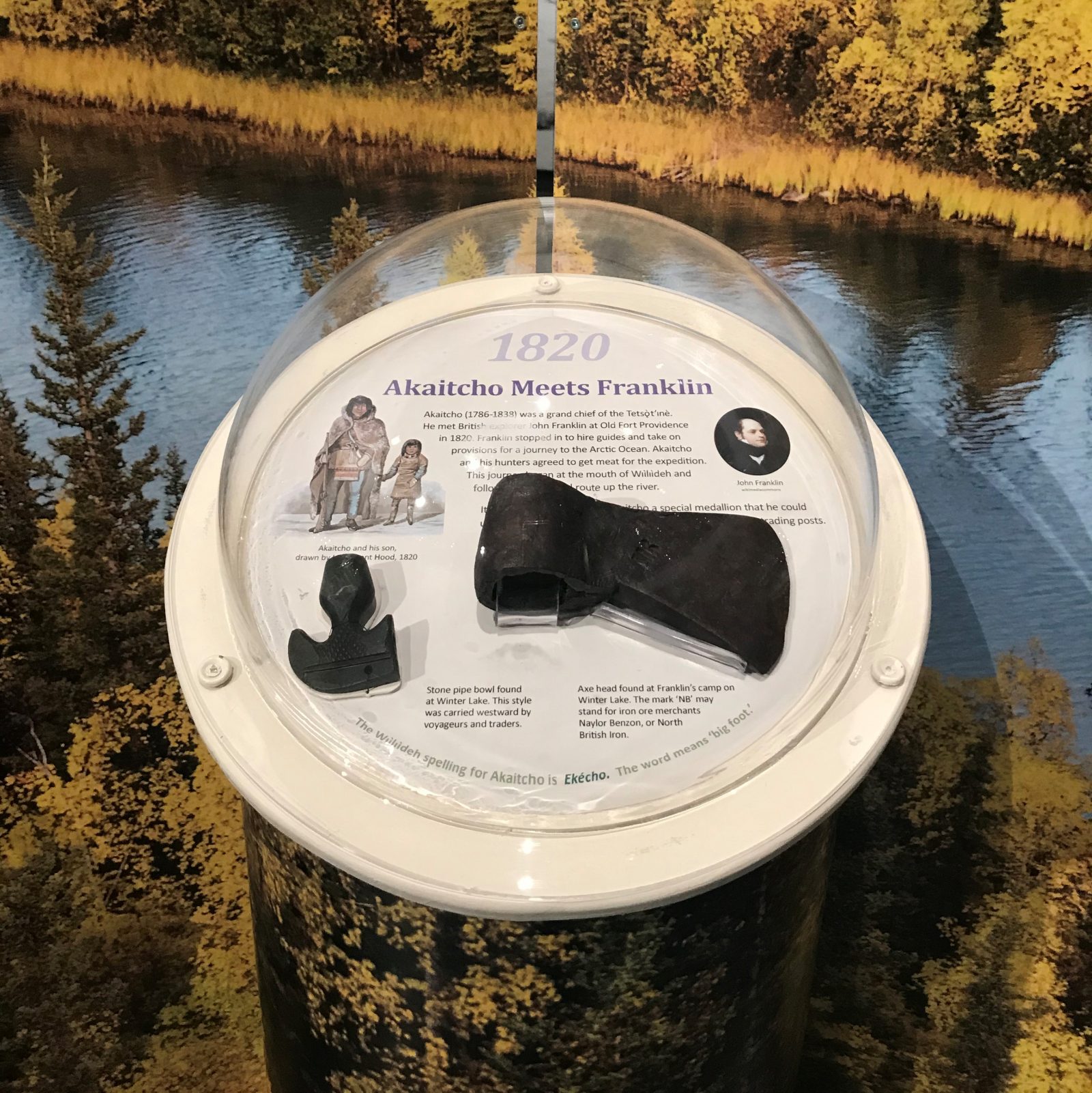 Two hundred years ago this week, Royal Navy veteran Captain John Franklin arrived at Old Fort Providence at the base of Yellowknife Bay on Great Slave Lake. After meeting Akaitcho of the Yellowknives and making arrangements for supplies, his party set out for Fort Enterprise and the Coppermine River.

Reaching the Arctic Coast the following year, this first overland expedition would be marked with such hardship, suffering, murder, cannibalism, and even a near duel, that I always wondered why it had not yet been made into a film, or in the modern era, a Netflix miniseries.

Whether seen as the height of folly or a tragedy, it does seem surprising that the anniversary has gone wholly unmarked, although Covid has definitely put a damper on any tour that might have retraced their steps. In 1970, as part of the general celebrations for the 100th anniversary of the Northwest Territories, a canoe trip down the Coppermine was organized. As late as 1989, the two hundredth anniversary of Alexander Mackenzie’s voyage down his namesake river was commemorated, but it seems such historical figures have become persona non grata in the intervening years.

Franklin has further suffered the slings and arrows of countless revisionist historians and biographers who have sought to diminish him as an explorer and human being. Some of these efforts have been sincere in their academic merit. Indeed, Franklin himself revised his journal before publication to praise Akaitcho who after giving his expedition up for dead, had saved him from certain starvation.

However, as his bestselling journal revealed, Franklin was a humane individual, whose keen-eyed observations, while jarring to modern ears, remain relevant, just as those of other British colonial officers who detailed the lands and peoples of many parts of the world, including my own ancestral land. What the colonial offices did with that information is another thing, but relegating it to the dustbin is a disservice to history which must be remembered to avoid repeating it.

In case of Franklin’s first expedition, we also lose a dramatic tale of high adventure that is wholly our own as residents of the Northwest Territories.